One of the things I love about cigars is the artistry that goes into creating a masterpiece.  Not only the obvious skills that go into cultivating and producing the tobacco, not just the masterful prowess that is required to blend something delicious from a pile of fermented leaves, but the beautiful presentation of the cigar label - which is the " book cover" of a typical cigar.  Now, I have smoked a few stinkers with beautiful bands in my day so the subject of this review made me skeptical.  I mean, check out the absolutely ostentatious band on this cigar!  It's massive!  Three inches from top to bottom...Intricately ornate...an absolute design masterpiece.

Underneath this amazing band is a sub-band that is meant to be left on during smoking.

A quick side-note and history lesson: The original cigar bands were simple white paper bands meant to differentiate Gustave Bock's cigars from the competition and protect delicate fingers from tobacco stains.  The invention of color lithographic printing made these simple white bands into works of art.  Many wealthy persons even requisitioned bands of their own designs. One such example is The Earl of Lonsdale.  This wealthy member of British aristocracy ordered a specific size of cigar of his own creation in large quantities from the Flor de Rafeal Gonzá lez factory in Cuba during the 1830's.  This size would be named after him - the lonsdale.  He also refused to smoke any other size!  To add to the eccentricity he also ordered bands for his cigars with lithographs of his own face on them!  Check out the example photo below.

So, how does this work of art smoke?  Let's find out.

Construction:  The La Sirena is a leathery chocolate brown with some visible veins.  Not the most beautiful cigar I have seen but not unattractive.

Pre-light Aroma and Draw:  The prelit aroma is loaded with sweet tobacco and a rich molasses.  The most amazing pre-light draw flavor is also present.....dark chocolate.  It is so pronounced that even a new cigar smoker, that is to say an unrefined cigar palette, would notice it.

Light and Burn:  The La Sirena lights up easily and starts with an even burn and mottled gray ash.  I had a few minor issues with a perfect even light and I think it is because of the thick leathery Connecticut wrapper.  It's a slow burner and very full bodied.  A perfect cigar after a rack of ribs or a big steak dinner, this Chuchill size easily smokes for over an hour.

Tasting:  Intense and rich are the best adjectives I can offer here.  I noticed strong notes of white pepper, black coffee, cocoa, and something like a maple tree in Autumn in this cigar.  Amazingly complex.  The blend for this cigar was devised by Don Pepin Garcia so the complexity makes sense.

Value:  For such a delicious cigar with a fantastic presentation you might expect to pay $20 or more.  Believe it or not, the standard price is around $11!

Final Thoughts:  The La Sirena is amazing.  I have to put this among the best of the year.  The strength keeps it from being an everyday smoke but as a special occasion cigar it really fits the bill.  New cigar smokers should be wary of the power this cigar exhibits as it WILL make you sick.  Veterans should dial this one up ASAP.  Highly recommended!

A side note....I am still smoking the La Sirena after two quarters of a football game and a halftime! 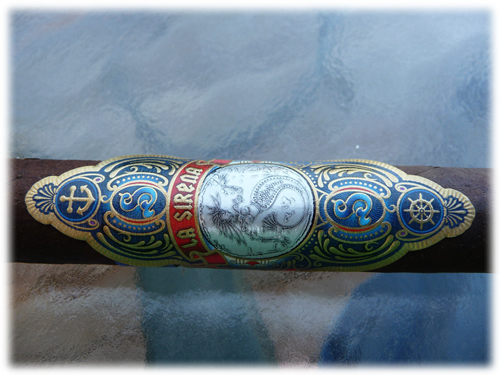 Look at the artistry of this band! 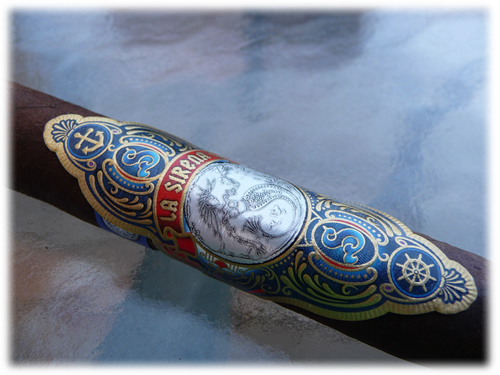 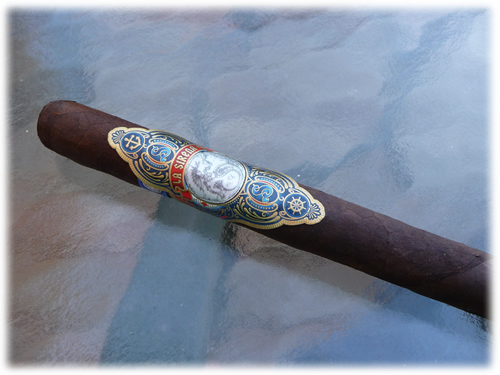 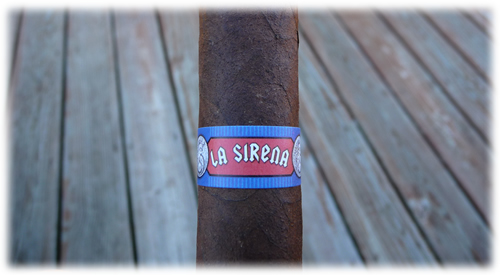 The small under-band was hidden behind the monster one 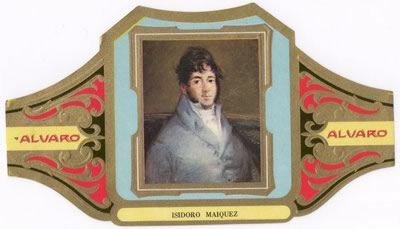 A great example of a lithographic band from the 1800's