I have said before in one of my posts, that I tend to steer clear of the big name brands.  They just lack a bit of pizzazz that I find in smaller boutique blends.  Now, having said that again, I should caveat that with the two big name brands I do smoke often.  Punch comes in second to La Gloria Cubana....and that is the brand we are looking at today.  La Gloria has a nice old world feel while still being redolent of boutique brands.  My personal favorite La Gloria is the Serie N.  Seeing them release a trio of Puros this winter got me pretty excited and thanks to samples provided by the sales rep, I was lucky enough to try them before they hit the shelves.  After trying the three of them, I decided to review the one I liked best first.  So, the Dominican Puro variety is up today.  Let's get smokin....

Construction: Most of the La Gloria cigars are a bit shy of pretty.  They have a lumpy and very vintage look - and hey, I love that.  This particular cigar has a mottled medium brown and blotchy wrapper with tight seams and no real seams to be had.  The band is a double affair.  The standard (and very classy) La Gloria band with a maroon sub-band denoting the blend creates an extremely nice package.  Speaking of nice packages, the boxes for the three puros - Nicaraguan, Dominican, and Honduran - all click together with magnets to make one big box adorned with the La Gloria logo.  It's worth just having the empty box if you stumble across one in your local shop.

Pre-light Aroma and Draw: Out of the cellophane I get a nice amount of sweet tobacco, cedar, and mellow spice.  The draw is a little bit stiff but adjusts itself perfectly.

Light and Burn: Absolutely flawless from start to finish.

Tasting: The Dominican offering starts off with a nice soft nutty core.  Notes of chocolate, light coffee, and nutmeg mingle together well.  The smoke is nicely aromatic too.  Letting the cigar rest for a couple of minutes cools things off and a couple of additional flavors that appeared at the start, subside.  What flavors?  Pencil wood and minerals.  I have noticed over the years that spotting those two flavors means a cigar might do well with some additional time in the humidor.  After the first inch this cigar really...and I mean really...transitions into something delicious.  Cream, nutmeg, cinnamon, milk chocolate.  Very medium in terms of strength too.

The middle third fires off with an added graham cracker note while the cinnamon spice ramps up a touch too.  Still sitting in the middle of the spectrum, the Dominican Puro shows off a nice balance of flavors.  There is a really subtle sweetness to the combined flavor set.  As the middle passes, I get a nice lemon curd flavor that mingles nicely with the chocolate, coffee, cream, and cinnamon graham cracker notes.

I ran into a few wrapper splits as the final third arrives.  The wrapper on this cigar is very delicate, so it doesn't bother me much.  The first one of these I smoked had zero issues, so I guess we can attribute this to luck of the draw.  Overall the flavors continue to dance around well together.  Delicious cigar.

Value: At around $10 and change, the Tres Puro series is adequately priced for a very limited edition cigar.

Final Thoughts: I have heard from reliable sources that La Gloria is only producing 1,000 boxes of these cigars.  So, if they sound like something you want to try, jump fast and often before they are gone.  While still not my all time favorite La Gloria, I still would smoke this one regularly.  Highly recommended. 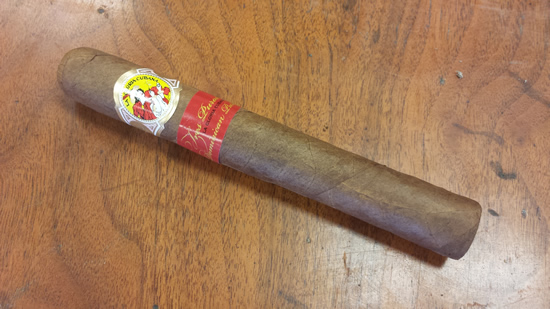 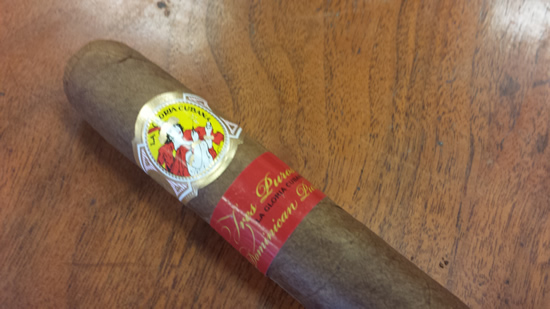 COMMENTS
+ Add Comments
NOTE: Your comment will not appear until the creator has reviewed and approved your your comments.
Cigar Inspector said on 03/14/2015 at 3:23:30 PM
I've enjoyed a lot of their stogies. This one sounds like a pretty tasty and unique blend.