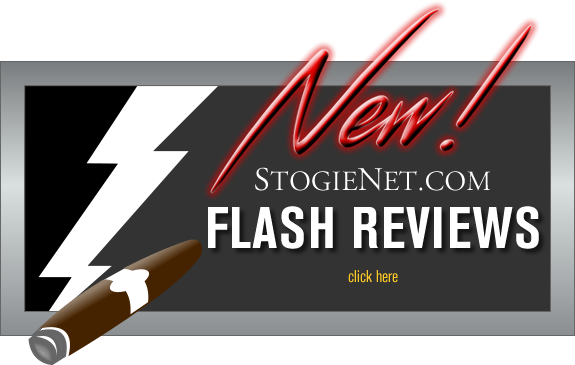 So, yeah...it's been a while since I posted a review.  I know, I know....you can only re-read my old reviews so many times before they get boring.  I am going to try to get back into the swing of things by reviewing the brick & mortar offering from the undisputed king of catalog cigars.  Diesel.  Or, more specifically, the Diesel Grind.  Let's get smoking, here.... Construction: A nice oily wrapper leaf covers this cigar. No real veins or seams to speak of.  Actually, a very nice looking cigar. Pre-light Aroma and Draw: Out of the cellophane the Grind offers up some barnyard, leather, and damp earth notes.  The draw is perfect.  Not too open and certainly not closed at all.  Just the right amount of... Continue reading »»

I remember my first trial with a Chinese Fingertrap.  My Mom and I went to a shop where she would buy cake decorating stuff and they had a big section of novelty toys - yo-yo's, plastic dinosaurs, pencil toppers, that kind of stuff.  Well one of the items was this bamboo weave tube that I had never seen before and my Mom told me to put my fingers in each end....and then my eyes went wide when I realized I was stuck fast!  I think I was about 8.  Anyway, after she showed me the trick, I had to have one - to trick my friend, you know....So the cigar today is the MoyaRuiz Chinese Fingertrap. No, you can't jam your stubby fingers in the... Continue reading »»

Tatuaje Monster Series No. 8 The Hyde

It's that time of year again.  Halloween is the time for costumes, candy, horror movies, and Pete " The Master" Johnson's Monster Series.  This year marks the eighth in the full size lineup - we aren't counting the Chuck and Tiff from the Pudgy set last year - and the first time that we have seen a two-part series. Last year was the incredible Jekyll so naturally we have to get the Hyde this year, right?  Bingo!  Anxious to smoke doesn't even come close here so let's get it on.... Before we begin, I always toss Pete a few ideas for next year - he probably doesn't see them but I do it anyway.  So here goes.  A Creature from the Black Lagoon cigar with... Continue reading »»

The Carnage - a Famous Smoke Exclusive

Wow....I haven't reviewed in over a month!  What the heck is wrong with me, you wonder?  Every now and then a couple of things interfere with a cigar reviewer....life and overload.  I had been reviewing for a while and after a while you tend to look at smoking cigars as work and not a hobby.  I decided to chill for a while and just enjoy smoking cigars like I used to.  Life, of course, also gets in the way - but that is the boring part.  So, I am back...and I have a few great cigars on the horizon that I will offer up for your reading pleasure.  Today, I have the Carnage. A  house blend from Famous Smoke that is blended and produced by... Continue reading »»

As I used my charms - or lack there of - to get my mitts on the newest La Palina, I figured I better review it pretty quickly.  I have smoked my way through their cadre of cigars and loved every one of them.  So, how does this new Red Label stack up?  Let's see..... Construction: The Red Label has a nice rustic look to it - a tad rough around the cap but not poorly done or anything.  The wrapper is seamless, nearly veinless, and rough with tooth.  The new red band is extremely sharp as well.  Overall a nice looking presentation. Pre-light Aroma and Draw: Out of the cellophane the Red Label gives off a nice and very strong scent of sweet cinnamon.&nbsp... Continue reading »»

I know I have said it before, but I will say it again....La Gloria is my favorite of the big-name-brands.  So, getting to review a shop exclusive LGC is pretty exciting.  This new Serie RF has been lauded as a perfect combo of La Gloria's finest tobaccos.  Bold words indeed.  Let's see how it plays out.  Here we go.... Construction: Like most of La Gloria's cigars, the RF is a tad lumpy and rustic looking.  The wrapper is deep brown with smooth seams and no veins.  The band is a dual affair that uses the standard and classic La Gloria band over the top of a rather simple striped deal.  I thought it was one band until I started trying to take it off the... Continue reading »»

I won't go on too much here with flowery words. I love Tatuaje cigars - if you haven't already noticed - so this review was a no-brainer.  An exclusive Tatuaje? I mean, come on....This is the second incarnation of Pete's exclusive Barclay Rex which he created for the 100th anniversary of the New York store of that same name.  Having never smoked one of these exclusives before, I can honestly say I am excited.  Let's go! Construction: The Barclay is a hefty cigar.  The wrapper is oily and sparkly like all of Pete's Broadleaf creations.  A few veins and some lumps make for a nice rustic look topped off with a nice retro styled band.  Pre-light Aroma and Draw: Out of the cellophane - which... Continue reading »»

The year was 1929. My Grandpa was 8 years old, the stock market crashed, Popeye made his first appearance, 7-up and the car radio were invented, and Nat Sherman released their first cigar...The Epoca.  Michael Herklots resurrected the line last year to celebrate the 85th anniversary of the company - complete with original packaging, box art, and vintage band.  Now, it is no secret that I am nuts for anything and everything vintage.  My radio station in the car is set to the big band era 90% of the time and most of the movies I watch are from the golden age of Hollywood.  That being said, I was super excited when I first read about this cigar and the nice guys at Famous Smoke... Continue reading »»